Los Angeles, as a kind of dream factory for the universe, holds a particular sway over the imagination. Like Jim Morrison said, "The West is the best, get here and we'll do the rest", and wave after wave of new residents have set their sights on Southern California. I have friends and family there and I know it can be a lovely place to live. The weather is great, and the prices are sky high. But of course LA is also the city of Nathaniel West's Day of the Locust, a place where dreams come crushing into the reality of a harsh economy, the back lots of production studios littered with surreal assemblages of old sets. Anything imagined will eventually find itself as garbage mouldering somewhere on a back lot. Hollywood as a great vacuum cleaner of the soul, rebranding our deepest fears and desires. The flickering screen of the mind's eye. 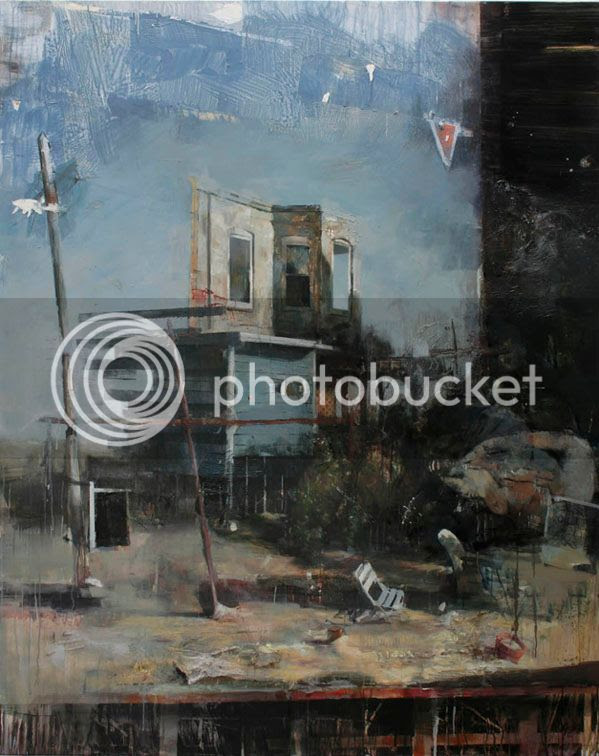 In a way Prague is the anti-Los Angeles. The dreams of the former East Europe burn like dying cinders under the blanketed ash of history, as opposed to the garish billboards of the Sunset Strip, the American pressure to be happy, beautiful and rich. Outside LA we all want a piece of it, but we are like grubby homeless drifters pressing our faces against the glass. Celebrity culture is all about exclusion, but if no one is watching, it all falls apart. But the desire factory is well stocked, its lures catch us before we know we have been taken in. How deeply has cinema invaded our imaginations? 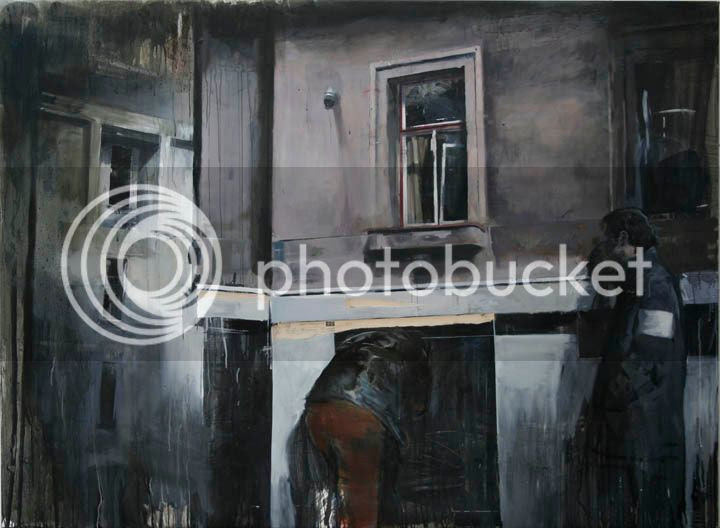 In his films David Lynch is a master of the empty spaces between the archetypes, his work contains something of the desert winds that blow across the empty parking lots of Los Angeles at midnight, or the empty spaces between the furniture. Lynch is all about negative space. He's also a master of the wormhole, the secret tunnels between time and place. In Inland Empire there's a door from Los Angeles to the snowy industrial wastes of Poland, the characters trade identities. I was wondering if there was a door somewhere in Prague that would take me to Los Angeles. 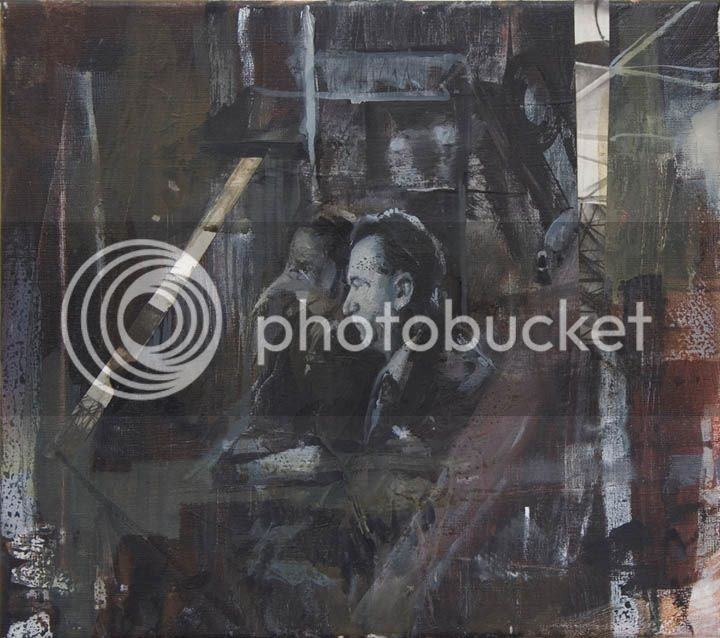 I found it in the paintings of Daniel Pitin. Pitin also evokes these uneasy cinematic spaces, the dark surreal uncertainty of randomly juxtaposed film frames, set in decaying and impossible architectural spaces. I'm pretty sure Pitin studied under Neo Rauch in Leipzig, and his work stems from Rauch's exotic spatial shifts, but unlike Rauch his palette is darker, more subdued. Like many painters, Pitin strives to make his pigment into time, the shadows into history. I read recently that Europe is a "museum of historical mistakes". Pitin is clever because he has realised that one of Europe's primary exports is history. 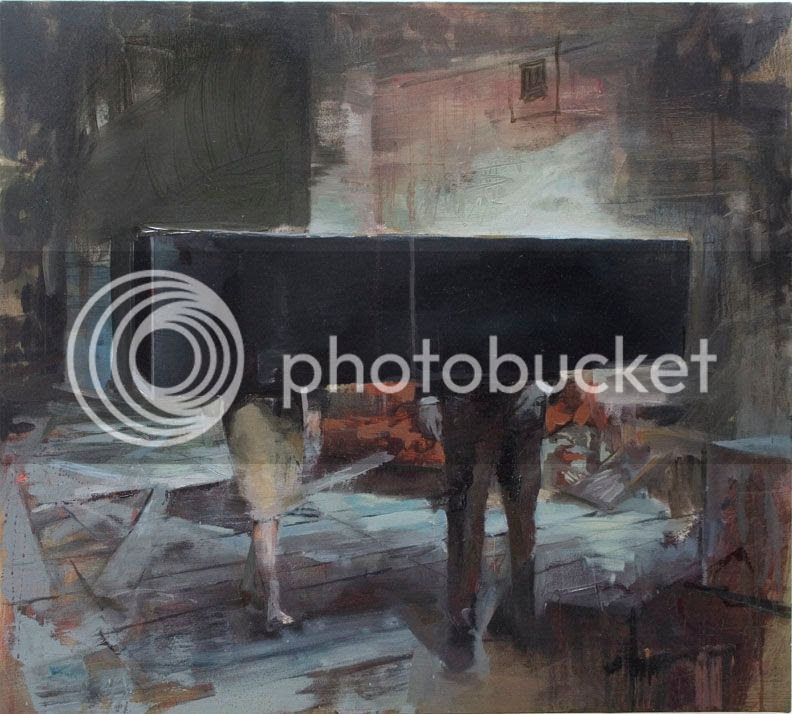 If Czechs are desperate to be contemporary, to escape their moribund past and get their own piece of the timeless (yet fading) dream of a capitalist future, then in California I imagine the desire is often the opposite, the desire to break through the superficial facade of media spectacle and embrace some authentic historical signifier. Pitin shows at Mihai Nicodim's gallery in Culver City, the Romanian-born gallerist has opened a wormhole which transports dark European artefacts into the blank slate of the paved paradise of Southern California. Many of the artists featured on his website were shown in Prague at the masterful Nightfall show at the Rudolfinum Gallery earlier this year. If the filmic image is inescapable, then these artists are responding to the subconscious place where this imagery invades our personal memories. The overlapping space behind the screen, like a wormhole, where we find we aren't sure if we are remembering something that really happened, or if it's a memory of a scene we saw on TV. In this way the collective experience can be shared through painting, although the time and illusion of painting is much slower and less invasive than that of cinema. Cinema then is both a great gift of the imagination and also a terrible curse. But what becomes known can not then be unknown, but the temptation is always there to start anew, to find a secret door to Los Angeles and merge with the sun. Change your name, start over .. try to free yourself of all that historical garbage in your suitcase.

(all images works by Daniel Pitin)
Posted by Lawrence Wells at 8:20 AM No comments: