The well-known fact that no one but a small group of people, mostly other artists, go to art exhibitions these days is a pity, but its no reason to despair completely. There are a number of interesting currents in contemporary art and in Prague there's no better place to gauge the creative climate in Europe than the Prague Biennale, now in its 10th year and 6th incarnation. 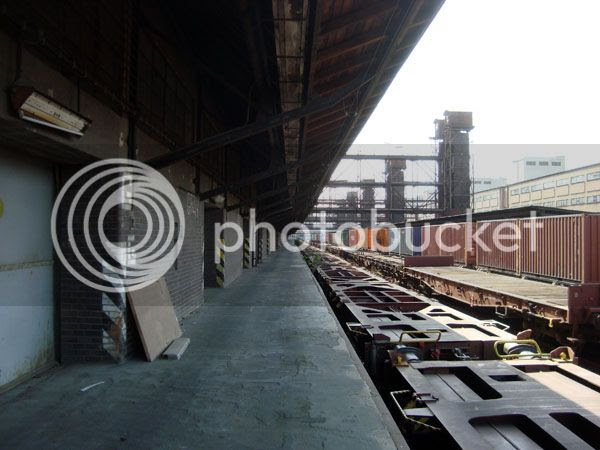 First there's the location, an isolated old freight train station a few kilometres from the center of town, built in the 1930s. The approach to the exhibition is on a long train platform next to parked flat cars and the empty space around the labyrinthine halls creates a timeless, floating atmosphere. The exhibition is broken into five sections and the first deals with trends in contemporary photography, mostly focused on abstraction and digital technologies. There are a number of compelling works, somewhat humourous in their approach, such as playful compositions combining sliced vegetables with constructivist geometric shapes, and also a large scale photograph of a mysterious puff of yellow smoke hovering in a stairwell. The collage-based sculptural works by Chris Jones(UK) stand out in their use of densely hand-crafted surfaces, small figures from old National Geographic magazines are trapped in a decaying world of rotten fruit, a broken motorcycle, or a shovel left leaning against a wall to rot away into a kind of gelationous photographic goo. 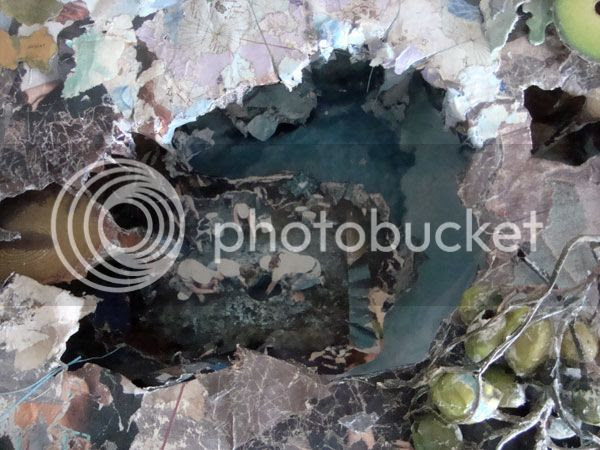 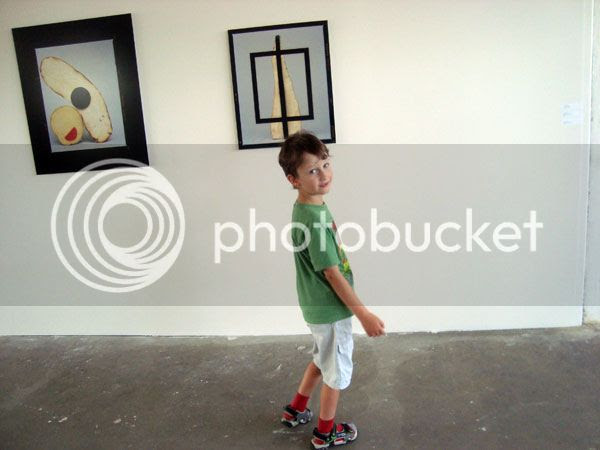 The next section of the show "Expanded Painting" reflects the origins of the Prague Biennale in Flash Art magazine and the Italian scene as it is curated by Giancarlo Politi, the founder of Flash Art, his wife, the art critic and curator Helena Kontova, together with Nicola Trezzi. They pull together a broad selection of artists, both young and old, whose work ranges from rough-hewn geometric abstraction through to neo-surreal pop figuration. The two Romanian artists on display are quite strong, revealing a dynamic cultural scene around the art academy in Cluj-Napoca. The sharp-edge geometric painting and hanging sculpture by Florin Maxa are shown through the projection of an experimental film documenting his 1980 exhibit "The Garden". The jerky frames, shifting focus, anachronistic clothes of the participants, and icicles and tree branches amidst the sculptures create a kind of mystical synthesis that reveals the avant-garde aesthetics of 1980 Romania to be compellingly relevant today. The work of the youger Romanian on display, Mihut Boscu Kafchin, reflects on the future instead, or the future that never was, through a dystopian retro-futuristic sensibility, which contains parallels with the literary worlds of Stanislaw Lem or the Strugatsky brothers. Another artist highlighted in Expanded Painting is the rising American art star Joshua Abelow. Abelow got his start as an assistant for Ross Bleckner and he creates small process-oriented geometric abstractions overlaid with reductive stick-figure figuration. There's an anti-intellectual strain to the work and I was prepared to hate it, but the simplicity was underpinned by a sophisticated approach to colour. The banality and product nature of the work, however, like a hybrid between Keith Haring and Mark Kostabi, remains off-putting. 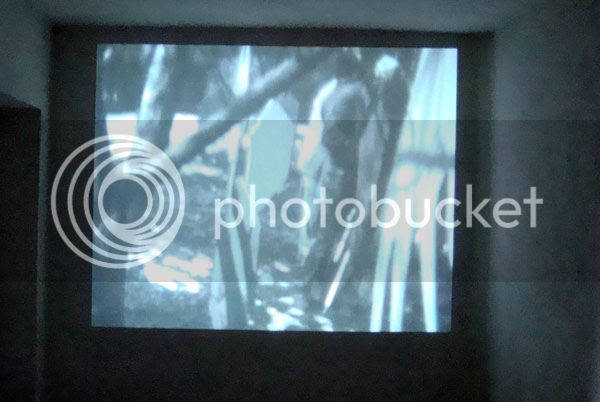 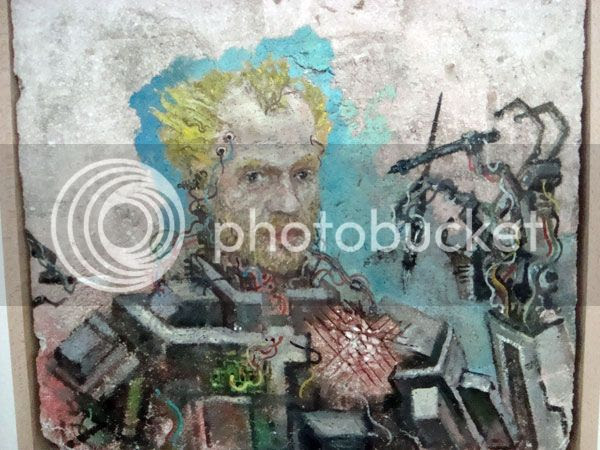 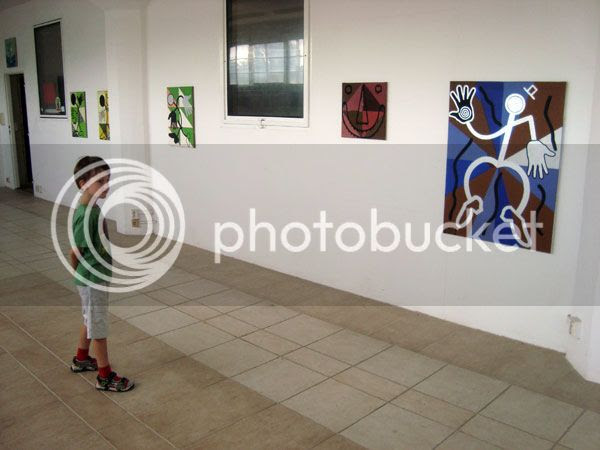 On the second floor the Biennale loses some momentum with a confusing section highlighting the work of contemporary Slovak artists. The emphasis seems to be on documents of a conceptual relational aesthetics, but the shift in focus from the rest of the Biennale, which is highly visual and tactile in nature, leaves something lost in translation. Then there is a section devoted, oddly enough in a Biennale, to a single individual, the recently deceased outsider Czech artist Miroslav Tichy. The phenomenon of Tichy's rise in the art market has caused somewhat of a stir considering that his relationship with the foundation that promotes his work was quite murky. Although Tichy's biography makes for good copy, I don't think the work holds up, so I skipped over it. The soundtrack of sustained piano chords in this section of the exhibit was soothing though.

The remaining part of the Biennale, called Flow, is a strong showcase of mostly Czech and German work that fits quite well with the Expanded Painting section. Curated by Zuzana Blochová and Patricia Talacko, Flow examines trends in contemporary art practice that build on Central European Modernist approaches, especially in the use of collage and installations. The visionary Czech artist Čestmír Kafka, represented here by a few small sketches from the 1940s, presides over the other artists on exhibit in the principles of an exploratory figuration, touched by melancholia, resting side by side with an unidealised abstraction. A similar approach can be seen in the primitivist collages by Viktorie Valocká and the drawings and womblike figurative reliefs by Quirin Bäumler. A similar strain of symbolist Modernism can be felt in the photo installation "Sun Galaxy with Ape sunbathing" by Erwin Kneihsl and the more abstract "Postobjects" installation by Matyáš Chochola with its homage to Brancusi. (Romania once again!) The Prague Biennale in its mix of both commercialised interests and experimental reconfigurations of Modernist tropes reveals the extent to which Prague remains a crossroads of Europe where numerous cultural currents from both east and west can come together and cross-pollinate. 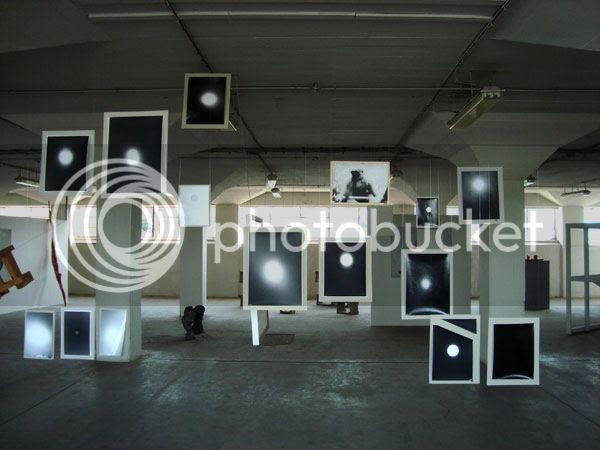 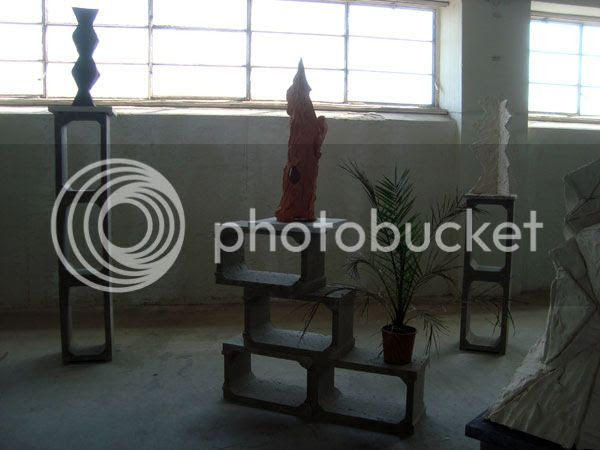 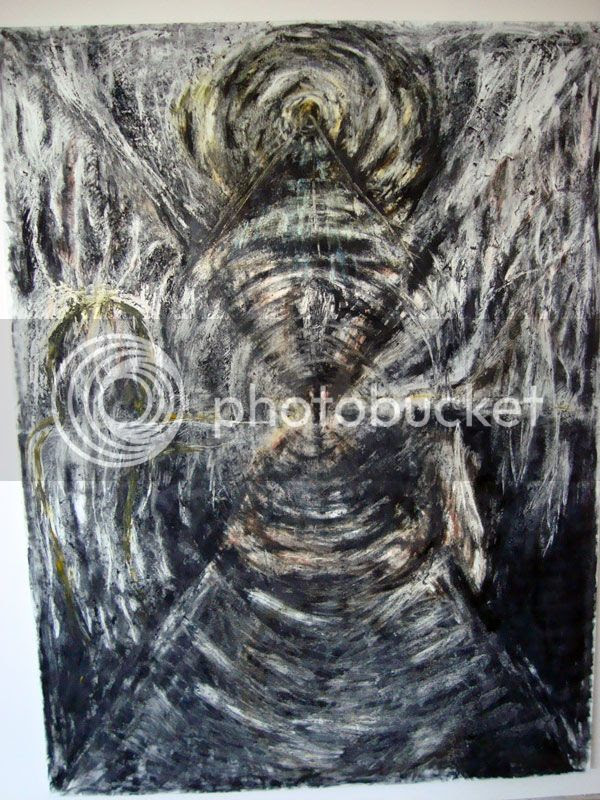 Posted by Lawrence Wells at 4:35 AM No comments: