here's a pdf of my exhibition from January 2013, Moon Monkey Candle, at AM180 Galley in Prague

http://www.wells.cz/moonmonkeycandle.pdf
Posted by Lawrence Wells at 9:57 AM No comments: 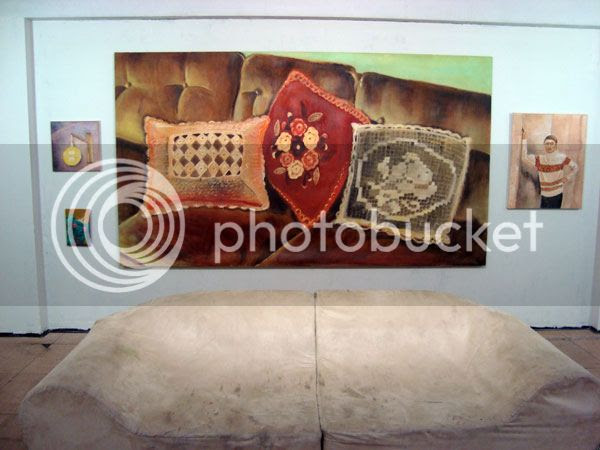 In my last post on Vit Soukup I got a few things wrong. I'm sure there are other things I got wrong that I still don't know about. Of those things I remain blissfully unaware. But a few days after I wrote the post I realised that Soukup's series Dorka has nothing to do with the english word "dorks" (hlupaci) and refers instead to the embroidery magazine, Dorka. 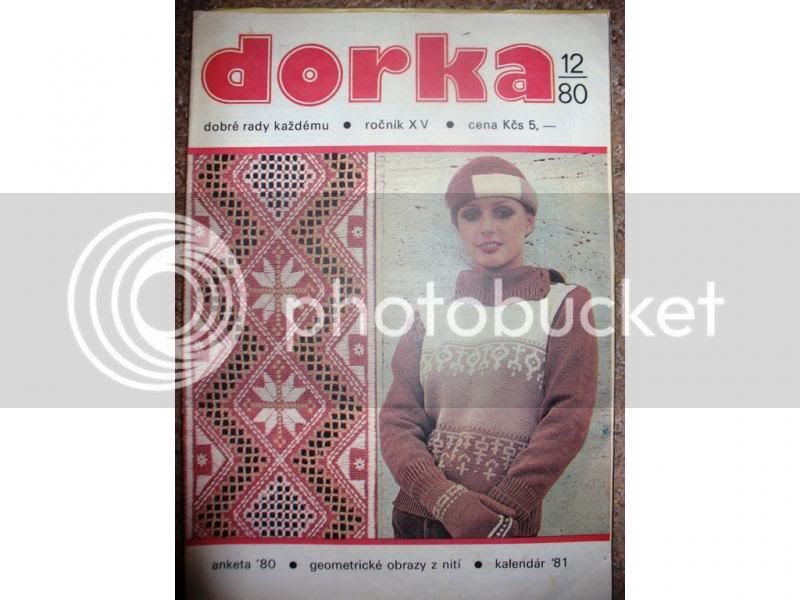 The photos from these magazines are so dorky though that I jumped to that interpretation, and I think Soukup meant the images to be funny and poignant at the same time. As an artist he was mining a rich vein of material that had been ignored by other Czech artists - the forlorn and slightly ridiculous images from children's magazines (abc) and these women's magazines. Lifestyle magazines from the totalitarian period suggested an echo of life in the West, and also fit well with the DIY ethos (and I use the term here ironically) of making things oneself. In a country where there was little access to foreign goods, many women made their own clothes, based on the few photos they could find in old fashion magazines sent by relatives from abroad. The closest analogy to Soukup's Dorka series can perhaps be found in the work of Tomaš Cisařovský, specifically his series Promlčená doba, also from 2003, which dealt with imagery from life before the revolution, specifically using photographs of singers and entertainers from that period. But by using Dorka, Soukup speaks more directly to the mundane day-to-day life of most Czechs, and also reflects the melancholy both of life under totalitarianism and also the continued uncertainty after the revolution. It is this continuing post-revolutionary ennui that Soukup addresses most directly, the sense that all ideologies are suspect. We are trapped just like the "dorky" people in the photos from Dorka. As I said before, Soukup focuses on the fragile humanity of the figures, and this empathy overcomes the other conceptual frameworks surrounding the work.

Norské svetry (Norwegian Sweaters) is a video piece Soukup made at the same time as the Dorka series and it features the artist Michal Pěchouček as a kind of sensitive aesthete who only wishes to help others. The work is reminiscent of Fassbinder in the way the main character makes sacrifices which go unnoticed and unrewarded. Lurking within his heart of gold, however, is a death wish. The suicide attempt, presented here as tragicomedy, becomes much darker now considering the artist's own suicide. Vit Soukup's death is his last work. It may artificially elevate the prices of his work, but it also holds a mirror up to the weakened and fragile role of the artist in contemporary society. Here we have an example of a deeply sensitive and complex artist who was overcome by the contradictions of his time. His last series was An Army for the Republic from 2007 which uses George Lucas's Star Wars and the cosmic battle against the Empire as a metaphor for the artist's struggle. Here he created an army made up of plastic children's toys, but these small figures are imbued with great power. In this series Soukup tied together all the strands of his previous work in a powerful group of images. A video from the opening can be seen here.

Soukup's own theoretical writings make up another important aspect of his work. Some of the texts have been translated into English and can be found on the Divus site here. There is also an artist's website: http://vit-soukup.cz
Posted by Lawrence Wells at 1:25 PM No comments: